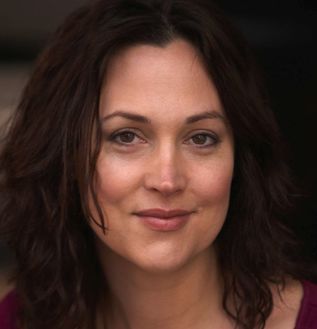 Lara Del Arte has over 17 years of production experience and is a member of AACTA, the Australian Cinematographers Society and the Australian Director’s Guild. She has been a director and cinematographer on more than 20 commercials and more than 60 corporate productions. She has also acted in more than 40 film, television programs and commercials. Lara has a broad range of knowledge and skills she’s developed from working in the U.S on big budget Hollywood films to smaller budget Australian TV shows. Her own drama productions have screened all over the world including Academy Award and IF qualifying festivals.

Lara’s ability to easily direct both professional, and non-professional talent, makes an otherwise challenging process look like a breeze. Her creative cinematographic eye and storytelling talents produce content that has high-end visual value and aligns with the target market.​ 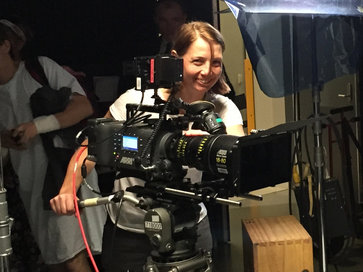 Natasha's diversity in filmmaking has ranged from cinematographer for narratives, to freelance videography, stop motion animation, and extreme camerawork in some of the most remote places on Earth. She has a Diploma in Screen and Media, and an Advanced Diploma in Cinematography from the Australian Film, Television and Radio School.

Natasha’s short film ‘Resounding Silence’, an account of climbing and paragliding in the wilds of Greenland, was shortlisted and screened at more than eight International mountain film festivals. Recently Natasha was Director of Photography for ‘Things Lost and Found’ (still in production), a short film about African immigrants. Natasha is also co-founder and co-director of the unique Vertical Film Festival, the world’s first competition for vertical film and video shot in 9:16 format.
VISIT NATASHA'S WEBSITE 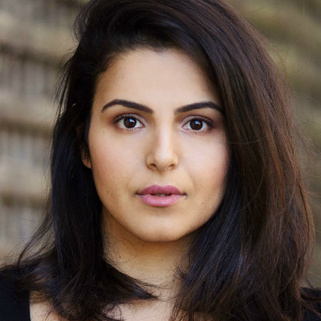 Nisrine Amine is an actor, writer and producer from Western Sydney. In 2012, she produced and co-directed The Young Creatives Festival of Shorts, a short-play festival for young people from Western Sydney as well as The Wizard of Oz (Our Lady of Mercy College, 2002), Check Please! (Catherine Mcauley, 2010), Evil Shall Not Triumph (Catherine McAuley, 2010) and The Wiz (Ave Maria College, 2015). She also wrote, produced and starred in a web series pilot Whatever After (2013) and is currently finishing work on a short film script. Her play Must be the Dairy won People’s Choice at Round 2 of Crash Test Drama 2011. She has appeared in the short films The Woman on the Top Floor (2012), Broken Time (2013), and The Parisian (2013), the web series I Luv u But (2014) and TAFEWSI's, Rob’s Campaign (2016). Her stage credits include The Colour Blind Project (Tap Gallery, 2011), Arabian Nights (New Theatre, 2012), Alex and Eve (Factory Theatre, 2013) where she played the title role of Eve. Nisrine has recently returned from New York where she completed an Advanced Masterclass at the Stella Adler Studio of Acting. She will feature in Season 2 of Here Come The Habibs (Channel 9) in 2017.
VISIT NISRINE ON IMDB